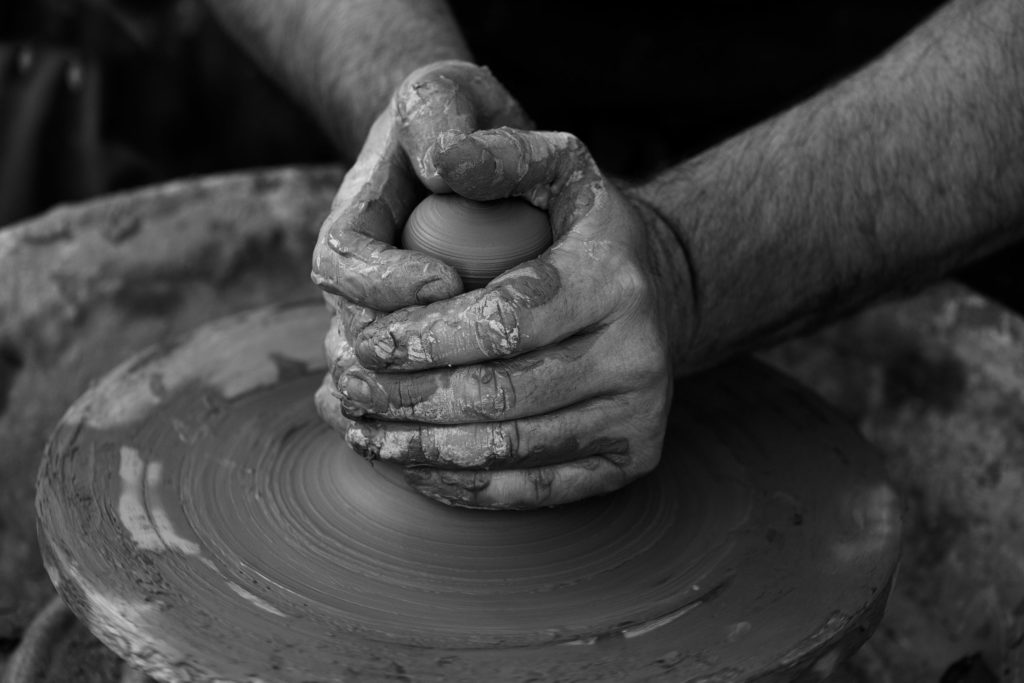 Ukiyo-e and other popular Japanese culture in the nineteenth century had a great influence on modern Western art movements, such as Arts and Crafts, Art Nouveau, Impressionism, and Fauvism. The influence of Japanese architecture on Frank Lloyd Wright (1869-1959), a master of modern American architecture, which was also the earliest collector of ukiyo-e paintings in the West, cannot be overlooked. These influences have interpreted Japanese culture in terms of Western values-in art, aesthetic philosophy.

However, these interpretations tended to be one-way, “West interprets non-West.” On the contrary, no attempt was made to apply non-Western ideas to Western things. Is it because it was useless? Or was it considered impossible? It is rare today that the Kipling verse, “The East is East and the West is West, the two will never be seen”. But without the culture being explained through a vernacular understanding, this passage could also be true.

The Japanese aesthetic philosophy “iki” is a good example of the vernacular aesthetic philosophy in clarifying the nature of its contribution to the entire flow of modernism in Japanese culture. From the late 18th century to the eve of the modern era, Eiki, which had the largest city population of 1.3 million in the world at the time, was widely supported by the people. It has a position. Although the implications are not exactly the same today, Iki has survived the modernization of Japan and is pervading in everyday life today.

Applying the vernacular aesthetics to Western works of art is not only useful, but also necessary to better understand how non-Western ideas influenced these works. Such aesthetic philosophy sometimes shakes even the notion of “work of art” which is a natural premise in Western art. As an example of how “iki” can be found in Western works, we will take one of Wright’s masterpieces, the Lobby House.

“Iki” in a historical context

“Iki” comes from the late 18th century Edo townspeople-urban dwellers. It has been pointed out by Suwa et al. That the aesthetic philosophy “tsu” distributed at the same time has a more intellectual character. Although Iki was of wide interest to townspeople, it was not taken up as an academic subject during the Edo period. This is noteworthy in comparison to the fact that in the West almost all of the aesthetic philosophy was treated as an “academic subject” that had undergone a thorough academic examination. “Iki” was first seriously studied academically by Shuzo Kuki’s “Structure of Iki” (1930).

Today, “iki” is not limited to “Edokko” and people in Tokyo, but is accepted by all Japanese. Nishiyama states that the aesthetic sense of “iki” is shared by Japanese people. ” Japanese aesthetics have created many aesthetic philosophies, such as excitement, scarecrow, wabi, rust, passion, and ghosts. However, these philosophies are rich in historical color and cannot be said to be always familiar with modern daily life. Iki, on the other hand, is one of the standard vocabulary frequently used in Japanese today. Yukiko Endo and Michiko Homma stated in a survey on the word “iki” (1963) that “iki is not yet a dead word in modern times, despite considerable deviation from its original meaning. They are also being used with positive value. ” It can be said that “iki” has been passed down from pre-modern to modern times, and from Edo to today. Because Iki avoided the extremes of vulgarity and transcendence, he was able to survive even in modern times in Japan’s aesthetic philosophy.

Recontextualization of “iki” as everyday aesthetics

“Iki” as an alternative aesthetic rooted in everyday life

Despite his Western approach, Kuki does not recognize the “iki” in the West, so his writing is not intended for Western readers. It is thought that Kuki neglected the dailyity of “iki” in order to justify “iki” as a Japanese thing. What Kuki missed is that “iki” is primarily an aesthetic philosophy in everyday experience rather than artistic experience. Tada called “iki” a “worldly aesthetic sense” [26]. Daily life is not the only comprehensive condition of “iki”. However, it is necessary to pay close attention to the dailyity of “iki” in comparison with Western aesthetics rooted in art and works of art. I would like to add two axes to the discussion of “iki” in order to reflect everydayness and compare it with the Western philosophy. It is simplicity and impliedness.

Before discussing the simplicity and impliedness of Iki, it is useful to introduce two perspectives. It is to classify “iki” into formal “iki” and situational “iki”. Kuki distinguishes “iki” from “conscious phenomena”, such as the character of a person, and “objective expressions,” such as appearance, behavior, and clothing. For Kuki, “iki” is experienced in the form of “ethnic concrete.” He said that “iki” should be understood first as a conscious phenomenon and then as an objective expression. Again, he shows a logical stumbling block. If Japanese readers understand what “iki” is, the act of adding an explanation for “iki” is meaningless. In other words, if the explanation is meaningful for the Japanese, it should mean something for the non-Japanese. In order to show the possible explanation of “iki”, I would like to propose a different classification of “iki” from Kuki. It is a morphological and situational “iki”. Morphological “iki” is “iki” that appears in the form and form of an object. On the other hand, the situational “iki” is not a specific thing but an “iki” that expresses the entire situation at the place. Situational “iki” includes actions, perceptions, ways of living for a person, atmosphere of a place, and natural phenomena. The morphological “iki” and the situational “iki” are interconnected and are not exclusive. But what makes “iki” an interesting philosophy is that “iki” can be situational. In that respect, “iki” can be said to be “aesthetics of the situation.” Western classical art works, on the other hand, do not depend on the situation. Mona Lisa (so-called) at the Louvre Museum, even in a private mansion, changes the aesthetic value of any work, as long as it is a genuine work, and from a Western aesthetic standpoint There is no.

In modern Japanese, “iki” is more often applied in a situational sense than in a formal sense. For example, as Kuki points out, it is unlikely that there is a clear agreement on the “live” colors (gray, brown, blue). But in modern times, “iki” refers to, for example, the quality of certain behaviors, combinations of elements, and the use of colors rather than colors themselves. In the analysis of morphological “iki” as Kuki does, there is a danger that the flexibility of “iki” is simply reduced to color and design preferences. Iki is relative and context-sensitive, and situational Iki allows for more flexible interpretation.

When Kuki talks about the artistic expression of “iki” in “Structure of“ iki ”, the following points should be noted. It contradicts Kuki’s conclusion, but the expression of “iki” is not a phenomenon unique to Japan, but can be distributed outside Japan. The fact that the concept of “iki” is not universally seen does not mean that “iki” is not understood outside Japan. (The claim that swastikas and radial patterns are not “live” against the Kuki stripes.) Ironically, the motto of architect Ludwig Mies van der Rohe, “less is more” is unintentional in Western art It reveals a constant decorative urge, or a genetic aversion to simplicity. This is because the motto is generally “more is better” and claims to be “less is better” himself. This does not mean that simplicity did not become an aesthetic problem in the West, but praise of simplicity, such as William Morris, Walt Whitman, Henry David Thoreau, and until modernism, Simplicity has not gained wide public support. Modernism has brought the beauty of simplicity into everyday life. On the other hand, in Japanese, the words “easy”, “refreshing”, “clean”, and “simple” have been used in the past, and the word “beautiful” means that there is nothing extra and beautiful at the same time.

It is strange that Kuki only mentions concrete painters such as Jean Antoine Watteau, Constantin Geese, and Edgar Degas, but not his abstract painters of his time. Kuki has a surprisingly clear analogy with modern abstract painters in pursuit of simplicity. Although the use of primary colors does not always match the “iki” colors (gray, brown, blue) described by Kuki, the element of “iki” is recognized in the geometric simplicity of abstract paintings, especially in the composition of Mondrian. Can be (Similar to Duchamp’s Lady-Made as “Anti-Art” or “Discovered Object (Object Trouve)” and Situational “Iki” as “Non-Art”. Duchamp, Situational “Iki” in LHOOQ The simplicity of “iki” or the simplicity of everyday life itself forms an aesthetic experience that produces aesthetic pleasure. The contradiction of “sophisticated simplicity” (Oximolon) often describes the simplicity of “iki”.